Skip to main content
It looks like you're using Internet Explorer 11 or older. This website works best with modern browsers such as the latest versions of Chrome, Firefox, Safari, and Edge. If you continue with this browser, you may see unexpected results.

This guide is an aid for those performing basic academic research.

How To Find Library Books

HOW TO FIND THE LIBRARY’S BOOKS

The NMSU–Grants Library uses the Library of Congress (LC) system [called LC call numbers, a combination of letters and numbers] to organize all of the different library materials.

How to read call numbers in an academic library

Libraries use classification systems to organize the books on the shelves. A classification system uses letters and/or numbers (call numbers) to arrange the books so that books on the same topic are together. This arrangement results in "serendipitous browsing:" you find one book in the catalog, go to the shelf, and, an perhaps an even better book is sitting right next to it.

From the Online Catalog to the Shelf 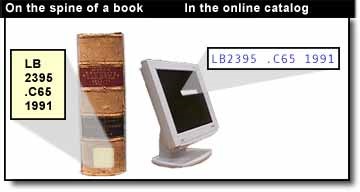 Anatomy of a Library of Congress Call Number 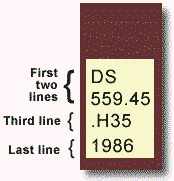 The first two lines describe the subject of the book.
DS559.45 = Vietnamese Conflict

The last line represents the date of publication.

Tips for Finding Books on the Shelf

Some call numbers have more than one combination letter-number line.

Here is a shelf of books with the call number order explained.

Source: Anatomy of a Library of Congress Call Number  - University of Georgia